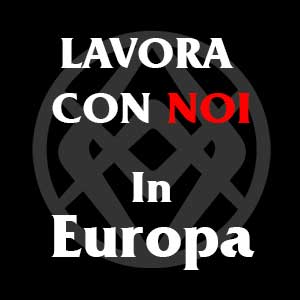 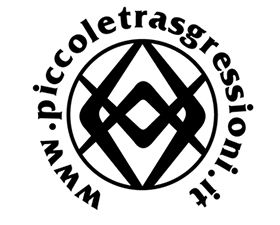 I arrived in Rome a few days ago for a job interview because I am a woman entrepreneur, architect, owner of a firm in Seattle, and wanting to expand my empire to conquer new worlds.

I also love being able to experience the warmth of the men I know when I do these business trips, which I do not forget to include as pleasant trips too, because if I have learned something in time it is to take advantage of opportunities, even those to have sex.

Upon arriving at the airport, I had already hired a company that could help me with a boy or girl who would serve me as a translator, since I don't speak Italian very well and it is important to be well represented in order to expose my project.

My biggest surprise was seeing an incredible blue-eyed model, half-beard, elegant blue suit, impeccable hands, bright smile, and a perfume that evoked seriousness, and in turn to virility. He was a man who surely had the pleasure of enjoying himself in his bed, it was obvious, too beautiful not to have a wife or girlfriend. But, a greater surprise when with his eyes, he barely looked at me, he spoke to me without words, and it was evident how he looked at me, I liked it and that pleased me, immediately the possibility came to my mind to be able to make me take that manly male Italian that would serve all those days of work company. And I tell you that it was. Among more details, I tell you that on the first day, we went to dinner at a luxurious restaurant in Rome, where he made me try a typical Roman dish and an exquisite wine that filled my palate with pleasure. We set up a conersation totally like two people who knew each other and had time without seeing each other. But I was discreet and I let him escape that first night. I went to bed at my hotel, but I kept thinking about it, I had the idea that he was there with me, making me his, giving me that pleasure that my vagina had so much time without feeling and that it would be an experience in Italy that never He had not even in thoughts until he appeared.

The next day we saw each other, he went to look for me in his beautiful car, he took me to breakfast together, we took a short walk near the Roman Colosseum, and in a short time we had a lot of fun. It made my nerves feel when he told me that he had thought of me all night before, that he had had certain thoughts that might offend me ... To which I replied that he had also thought about it and it would be interesting to make an exchange of those thoughts , so we could "connect" better and "understand" each other better ... My mind already machined what that form of connection was, you can imagine ... Mmmm .. the most transgressive way of connecting a man and a woman: " sex "... That afternoon, after a hard afternoon a lot of work, we decided to take a walk, take the so-called "snack" that is customary in Italy at hours from 7 to 8 p.m., and that way we would eliminate tiredness and stress a bit. Suddenly, a hot thought came to me. I proposed that for a maximum relaxation, the best thing was a massage, to which he replied without hesitation: "I can give you a good massage" ... We do not think much, we went to my hotel, we took a good bottle of wine from the bar I prepared myself, and immediately upon entering the room he was there, comfortable, in underwear, ready to throw me on the bed and give me that massage that I wanted so much to feel from his hands.

The truth was that we did a wild sex as I had never done, he was the most complete, sexy, erotic, beautiful, perfect man I had ever tried in my life. A big compliant penis, some hands, a tongue, was an Adonis dreamed by any woman, and even a man, I don't know, maybe I was bisexual and I didn't know it, and I wasn't interested either. He was my translator, my companion, and in those days my man was mine, Ah! The best, I was single ... That made me feel happier every day and more willing to do my job well .. Could it be that I could fall in love with him? It was happening? Since that second day, we shared the room for all those 7 days, and I understood that there was indeed an unreal connection between us. Good communication, good sex, good company ..

There was something that united us ...

Today, if I thank my profession, my trip to Rome and life is to have met this man with whom I share my life, which after several weeks came to me, and it was I who asked to be my husband, We are happy, we share life, he is still my official translator in Rome, where my company's branch is, and he is the man of my life.

He is my Romeo and I am his Juliet.

Our next trip will be to Verona, I met them if we do any mischief again in Italy. Kisses to who reads and who dreams!